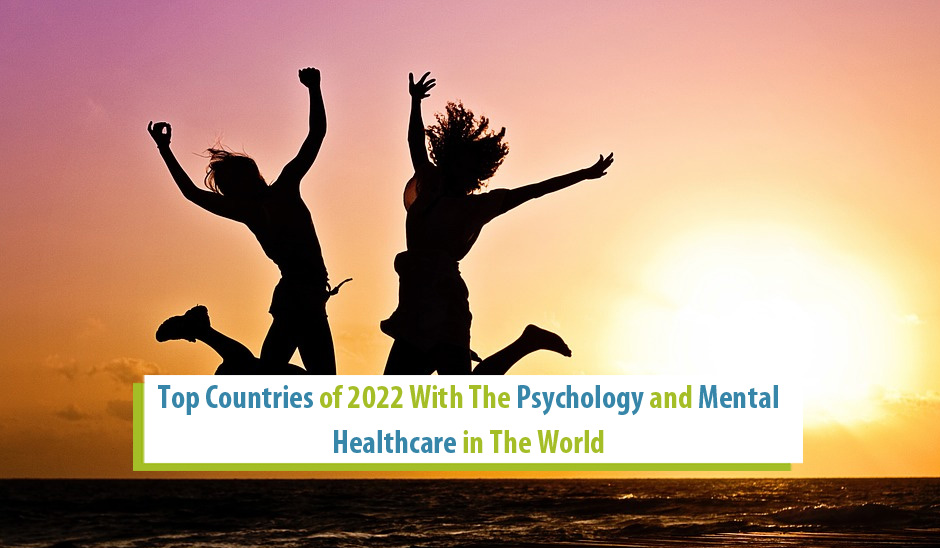 Sweden has the top positive mental health index which basically gives the mental health status of a given population. However, it wasn't always like this. Mental health policies of Sweden had only focused on two things: people suffering from severe mental health issues and the youth or the children.

Sweden has now developed various policies focusing on the entire population's mental health and ways to reverse a negative trend. Policy makers, policy implementers and individuals affected by a policy change have increased their knowledge within the field of interest to explore and analyze the development of a broadened mental health policy in Sweden.

Germany has prioritized the mental well-being of its citizens for a long time. The government provides a vast support system to the people suffering from mental illness. The country has developed various outreach programs that promote visiting psychologists and testing for mental illness. It has put various efforts to reduce the social stigma related to mental health.

With extensive healthcare services, Germany also runs programs to ease the transition from mental health hospital back to everyday life. It also has programs that provide the mentally ill with jobs. Germany makes sure that the mentally ill are properly taken care of.

Finland has been ranked as one of the happiest countries on earth by the United nations. Due to the country's global reputation, young people feel less inclined to talk about their struggles. Mental health issues in Finland are not a new thing. The country has been focused on preventing suicide by strengthening mental health services throughout the country.

Educating the media on reporting suicides and improving public conversation on mental health has been the country’s main target. Fear of stigmatization regarding mental health is increasing as others continue to paint the country as the land of no worries. Officials have recognized this growing issue and have proposed a new Suicide Prevention Plan for 2020-2030.

Oh that happy little face…my beautiful, fun loving girl♥️ In my heart I haven’t lost you and that’s where you’ll stay forever♥️ You are the reason I fight on for others! Determined to prevent as many as I can not to ever be in our situation💔 #DoItForBrodie #SuicidePrevention pic.twitter.com/TzV0K3xL1f

The French government has always invested greatly for its citizen’s physical health though it cannot be said the same about mental health. The services in the country haven't been able to cope with the demands especially after the pandemic which caused a remarkable decline in the people’s mental health.

The country has announced free therapy sessions for children and young people and pledged to extend that to everyone who has a doctor’s prescription after facing challenges regarding health during the pandemic. Some of the health insurance may also cover the mental health costs in France.

People with severe mental health situations and those who require long term admissions, the government will cover the first three years of your treatment. If the condition is severe but does not require in-house treatment, the insurance will cover most costs of the “secondary care”. There is also a national mental health program Dare to ask Foundation that aims to open up the conversation about mental health among young people and encourage them to seek help.

Italy has been doing relatively well in terms of mental health even after the pandemic. By 2000 all the mental hospitals in the country came to a stop because of the law which came into practice so that mental patients would receive the similar treatments as any other patients.  To combat the rising stress in its citizens because of the pandemic, the Italian government launched a national mental health service.

The national mental health service intended to combat the rise of mental distress in Italy. The program works with institutions and regional associations to provide free emergency help from psychoanalysts and psychologists. It can also provide necessary mental resources to low-income families and individuals living independently as they are more at risk of developing mental health disorders.

In Norway, the services for people with mental health problems have gone through major changes over the last decades. The number of people in psychiatric institutions has reduced. The health and care services of many municipalities in Norway employ psychologists, who offer short-term therapy for mild or moderate mental health problems and disorders.

The municipality in which you live will offer a wide variety of treatments and support for people who are experiencing mental health problems. Some of the services made available to you are: the family’s house (where people of all ages can get help to look after their physical and mental wellbeing), healthy life centers (where u get help to change your lifestyle) and many more.