Buddhism for Beginners: Living in a Monastery and Life of a Monk 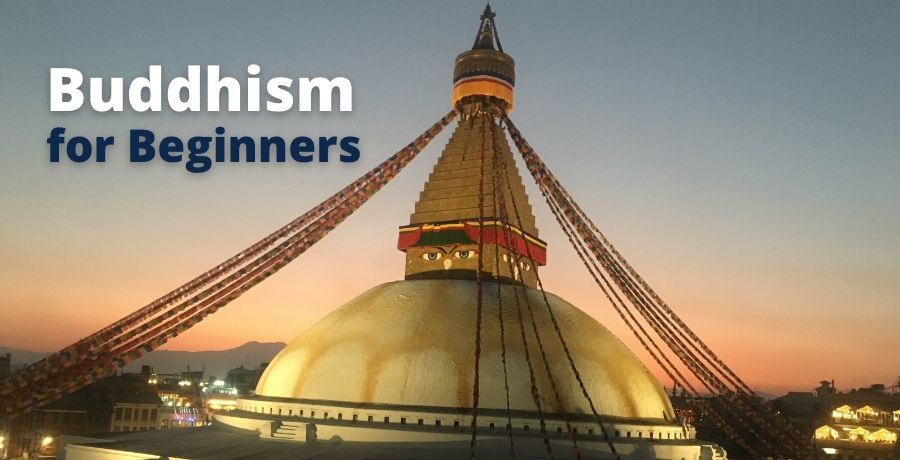 Buddhism is a religion that teaches the teachings of Siddhartha Gautama, or Buddha. It consists of four noble truths: life is full of suffering, the cause of suffering is attachment to worldly things and desires, there's an end to suffering if you can achieve enlightenment through meditation and other spiritual practices, and finally that there are eight-fold paths for achieving this goal which include right understanding; right thought; right speech; right action; right livelihood; right effort; right mindfulness (awareness); and finally -right concentration.

The first three noble truths teach us how to overcome our attachments by eliminating desire. The fourth noble truth tells us about achieving enlightenment which can lead to liberation from all forms of dukkha.

Buddhist meditation is a way to find peace within oneself. It is the process of clearing your mind and focusing on one thing, be it breathing or saying mantras. By doing this, you can remove any stress or anxiety that may have been building up over time. This type of meditation has many benefits for both mental and physical health.

The origin of Buddhism and Life of Buddha

One of the many epithets used to describe the founder of Buddhism is buddha. It literally means "awakened one". First and foremost, a buddha is someone who has experienced the transformative experience of nirvana. Each major branch of Buddhism has a different version about the life of Buddha. These biographies are informed from doctrines specific for each school or lineage. These themes may reflect Gautama's unique spiritual achievements as well as the characteristics that are attributed to all buddhas. Biographical themes from the lives and times of the Buddha are often included in biographical stories of other notable individuals.

The Buddha's final life in samsara reveals central beliefs and doctrines about Buddhism. This includes Gautama's model for the path to enlightenment, the message he sent, and the creation of Buddhist institutions. This story allows for the veneration and veneration both of the Buddha's relics, and of the stupas that house them, as also of icons and images that reflect his biography. These sacred objects are closely linked to the Buddha's life and help establish his presence in rituals. These objects remind Buddhists both of the Buddha's enlightenment as well as his exclusion from the cycle of rebirth. While seated under the Bodhi tree at Bodh gaya, the Buddha achieved complete and perfect enlightenment.

To support awareness and keep your mind open and sweet, you can bring in loving-kindness meditation. It is a great complement to insight meditation. The Buddha taught loving-kindness to help us develop altruistic or selfless love. Loving-kindness and hatred cannot coexist. If we replace it with thoughts that are based on love-kindness, it will disappear. Many people have negative thoughts and do not know how to overcome them. Even when things get sour, most people can still find ways to make it sweeten. As a meditation practice, loving-kindness retrains your mind to overcome any form of negativity. By systematically developing the quality of love acceptance, it can bring about positive attitudes. It acts as self-psychotherapy and a means of healing the troubled brain to remove it from pain and confusion.

The Buddha, sitting in meditation or samadhi, is the image that has most effectively promoted Buddhist meditation in modern times. His legs are in the lotus position, his palms up on his lap, and the right hand is gently hovering over the left. A Buddha figure is treated with great respect by Easterners. You can find little shrines on the streets of South East Asia with incense and flowers. The Buddha figure is often found on market stalls as a backdrop for romantic films and to provide an atmosphere for travel brochures. However, its authority transcends the setting it is placed in. The teaching has been distilled into the bodily form. The shoulders are balanced (sama), and the back straight. The lower half of the body provides support for the upper. The 'lion' chest is confident without being overly puffed. The Buddha is fundamentally a human figure. According to Theravada Buddhism tradition, the Buddha is not considered a god but a man who has fully developed the human potentials for compassion, strength, and wisdom. He can also teach others these qualities. The Pali word for "awake" (bujjhati) is the root of the name Buddha. It is this peaceful alertness that distinguishes the seated figure. His posture, bearing, and expression all bring together the attributes we associate with the practice of bhavana or meditation.

Living in Monastery , Life of a Monk

A monk walks to a forest or the roots of trees or an empty spot and then sits down, his legs crossed, his body straight and he sets up mindfulness. He breathes in mindfully, and out mindfully. He practices contemplating the body inside the body; or contemplating it externally. Or he contemplates the body within the body. The eye naturally rests upon simple or beautiful objects. Sometimes, the mind will relax and focus on a view, such as the sea or sky, or to a simple object, such as a flower or stone or piece of glass. The object's nature can affect the nature of attention.

Every religion and culture addresses the issue of death and mortality. It is an indication of the practicality and wisdom of the Buddhist tradition to use death as one of its meditation objects. This is to remind all beings of their mortality and to awaken urgency. The application of skillful awareness can then be used to calm the mind and bring about joy and peace. The Buddha's system for meditation emphasizes the importance of the body as both a base for practice and a means of experiencing and exploring the world. The texts emphasize that the body must be maintained and cared for. It provides the foundation for calmness and data to cultivate wisdom. In daily life, it continues to support those whose well-being and meditation practice is essential. Breathing mindfulness has become a popular meditation that has been associated with the rise of Buddhism, an important principle in the canon. The Buddha said in the AnapanasaAyutta, "If anyone speaks rightly, monks could say anything": "It's a noble abiding. A divine abiding. Tathagata's Abiding". One could also say that concentration through mindfulness of breathing is the best way to achieve this. It is believed to be the foundation of all four foundations for mindfulness.

Meditation is one the most treasured secrets of humanity. It is one of humanity's most treasured secrets. If another galaxy was to examine us, they would only have a superficial understanding. They would conclude that meditation is a relaxation technique, good for stress relief and secondary therapy for certain diseases. It is also used in worship by certain religions, such as Buddhism, Hinduism, and others. That's it!

The secret role of meditation as a precision tool to explore consciousness and the universe scientifically has been largely hidden. This is because it uses empirical methods that are similar to the scientific method. Meditators from various contemplative communities around the world have been systematically exploring and reporting their inner reality and connections to external phenomena since ancient times. They also found that meditation can help one achieve a peaceful, tranquil lifestyle, and positive effects on both mental and physical health. These were secondary benefits, but they were not the main goal.

Meditation by Buddhists for Peace

Is our mental state and behavior completely determined by brain activity and genes? Or can we increase our well-being with meditation? This fundamental question underlies all scientific research on meditation. Remember that William James was influenced by the belief that humans are just puppets that are manipulated by biochemical processes within our bodies. He realized that scientific evidence against the reductionistic hypothesis wasn't conclusive and he managed to get out of his rut. This robotic view of human nature has been made more doubtful by research over the last few years.

It shouldn't surprise that meditation has been used in so many areas of human inquiry with such subtlety. While Western science is only four centuries old, meditation has been around at least four millennia. Even though it was developed in ancient civilisations without the printing press, there are a lot of literature about contemplation. Many of these books support an oral tradition that has been passed down for over a hundred years.

Conclusion: Buddhism for Beginners, Living in a Monastery and Life of a Monk

Buddhists believe that life has no meaning. They don't need any rewards or punishments because they are already rewarded for living in this world with enlightenment, which would be obtained by attaining Nirvana. We may not agree with these beliefs but it's important to understand them before you judge people who do follow Buddha's teachings and live their lives accordingly.

If you're looking for a spiritual journey that will be rewarding, fulfilling and help you understand yourself better, then Buddhism might just be the answer.

It's important to find a meditation technique that works best for you. For example, if you're feeling anxious and need some relief from stress, try practicing mindfulness techniques or loving-kindness meditations. If your goal is to improve concentration levels and focus on the present moment, we recommend using breath awareness practices like vajrayana breathing exercises. Whatever your goals are with meditation, it's possible to use Buddhist principles as inspiration in order to create a practice tailored just for you!

One of the most popular meditation techniques is mindfulness. Mindfulness has been shown to reduce stress and anxiety, improve self-control, increase empathy, and deepen your connection with yourself and others. Take just ten minutes each day to focus on breathing deeply or repeating a mantra for 10 seconds at a time. You may be surprised how much this can change your life!