Magic Nepal : Story of a Volunteer in Nepali Buddhist Monastery 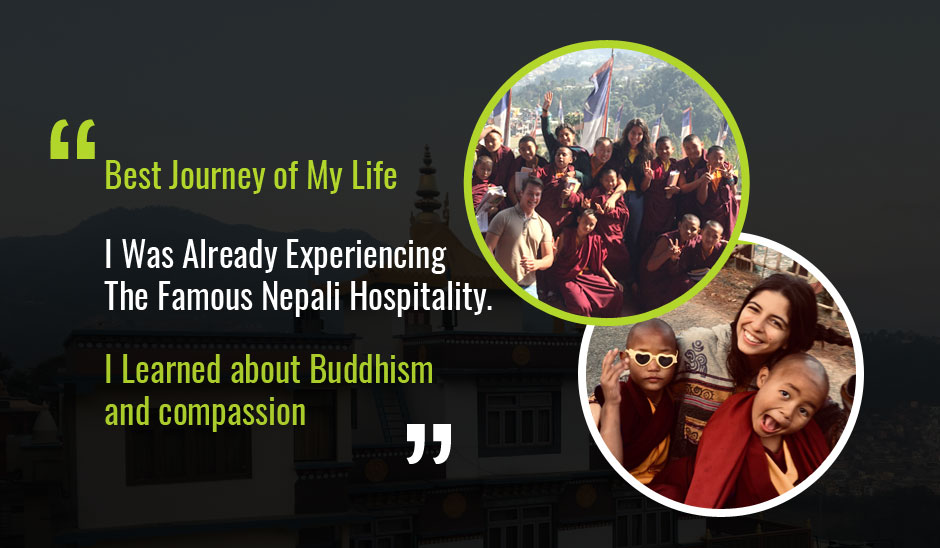 On the third of November 2018, the best journey of my life started. When I landed in Kathmandu, Nepal, my project coordinator, Narayan, was waiting for me at the airport. I spend the first night with his family; I got to experience Nepal day to day life. His loving family cooked dinner (rice, veggies, lentil soup) and this was the first time I tried eating with my hands. That was a whole new technique, so I wasn’t very good at it. On the next day, we shortly visited the center of the city and meanwhile arranged a local sim card and exchanged some money, because the monastery was pretty far from the center.

In the afternoon, when I finally got to monastery, I was delighted with the color and stunning architecture of the place. I made myself at home and then got to meet some of the little nuns. I must say I had a beautiful welcoming as the girls joined and performed choreography to greet me.

Since I arrived on a Sunday to monastery, on Monday I had my first day of English classes. After meeting other volunteers and having breakfast, we all headed to the classrooms. I made the girls from nursery showing them some pictures of Portugal, which I had printed back at home. This was a good starter to Break the ice, get to know their names and see how their English speaking was. The pictures were essentially traditional Portuguese people and some of the most beautiful beaches. I also showed them Portugal on a map.

In the afternoon, me and the other volunteers went for a walk and discovered a nice supermarket nearby. Next to the supermarket there was restaurant that made Momo the traditional Nepali dish, so we tried them. This was still in the beginning of my stay, so I was getting used to spices.

Besides this ,when we were going back to the monastery, there was an opening party of a restaurant right below We were kindly invited to have a drink and the owners offered me a little bit of every food on the menu. By this point, I was already experiencing the famous Nepali hospitality. So during this first week we had two more days of English classes. I have the children some activity papers about animals and told each one other them to write some animals name. I could see the level of English could differ a lot and some o the girls needed spelling as other knew every word by heart. They chose their favorite animal and painted them.

The reason why we didn’t have more classes was that the Gurus came to the monastery for two days. So on Wednesday and Thursday, there was Puja (worshiping and meditation) all day we were lucky to receive the Guru’s blessing. It was a long and intensive ceremony and couldn’t believe something amazing like that was happening in my first week in Nepal.

On Friday, I had my first adventure .It was dark already and the little girls were asking me and two other volunteers for some light. We need our phone flashlight without knowing its purpose. As soon as I can think, there are girls pulling me all the way into the Jungle. When we heard a specific noise, the purpose of our walking became clear. There was a baby cow lost in the jungle and we were going to rescue it, so the leopard wouldn’t eat it during the night. There were a lot of unfamiliar words to me “Jungle Leopard” so it was a thrilling experience when we succeeded. Since this day the cow became like part of the family at the monastery.

On the weekend, there was a lot of free time, so I and some new volunteer friend decided to go to Swayambhunath (Monkey temple). We walked for two hours , so as we walked I had the change to observe locals on the street, selling and buying food , street dogs all over the place, and , of course the chaotic traffic. I was fascinated by the order in the chaos, the noise, the bright colors, which locals were selling in powder because of an upcoming festival, Bhai Tika of Tihar. During walk into Monkey Temple everyone greeted us “Namaste” with a warm smile. The stupa was beautiful and the view breathtaking. Monkeys jumped everywhere; we had lunch in a restaurant in the city which was good and cheap. At night, back at the monastery I joined the nuns to have dinner, and it was nice to exchange cultural impressions. We traded Nepali and Portuguese songs. 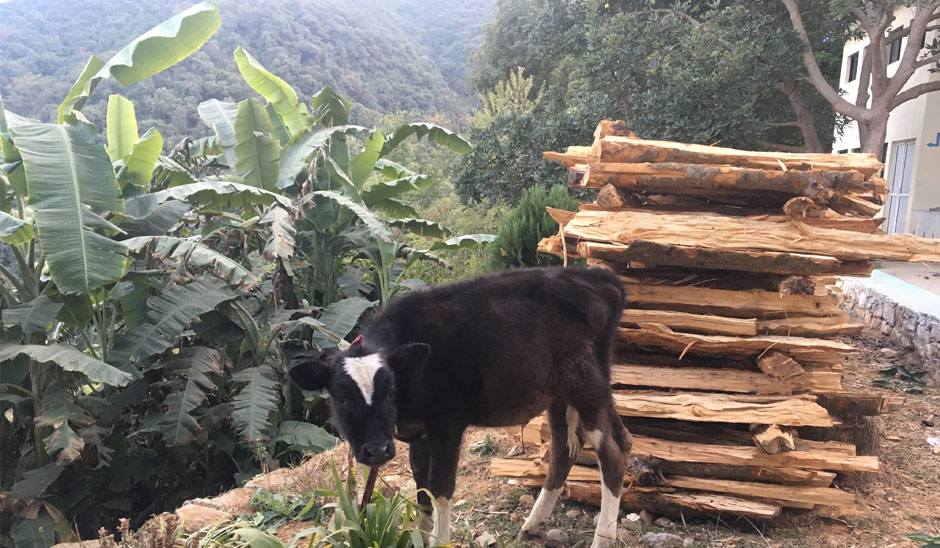 In my second week, I got the chance to teach the older girls. I taught contents regarding verbs such as past simple and future simple, because talking to them during free times I had noticed they didn’t use it. It was extremely rewarding to see that they learned and enjoyed the class and in the end we wrote a short story on the board about ht Guru’s visit.

One afternoon I and two friends walked until Kalanki, which is on Ring Road and took two local buses to Thamel. The buses were very crowded and played Nepali music. We had some pizza for dinner and returned to the monastery. During the third week I felt like the monastery was home and I had already created bonds with Kids.

I visited other magnificent places like Patan and Bouddha. By the time I reached last week of my program I didn’t want to leave. The welcoming people, the spicy food, the breathtaking moments of course my little princesses; will always have a big space in my heart. I plan to come back to this magical country, where I learned about Buddhism, compassion, children and adventure spirit.

A volunteer from Portugal, Participated in Buddhist Monastery Volunteer Program 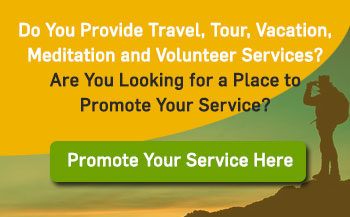