How This Generation's Climate Activists and Volunteers Can Take Action

Climate change refers to long term shifts in temperatures and weather patterns. Climate change causes scarcity of water and food, natural disasters, extreme heat, more diseases and many other issues which is why the World Health Organization (WHO) has called it the greatest threat to global health in the 21st century.

It has been an issue for a very long time and yet our world leaders have failed to take proper actions against climate change. With the rapid changes in temperature it is safe to say that it's not too late before we start facing more consequences of the previous generation’s actions or rather their lack of actions.

Sandstorms, rising temperatures are amongst the many effects of #climatechange Iraq is facing. This is impacting livelihoods making life harder.Worldwide & in Iraq, our efforts continue in supporting vulnerable communities affected by the dual impact of conflict & climate change. pic.twitter.com/q4gX2bjr1o

Understand the risk of climate change

Climate change is something almost all of us are familiar with but only a few of us understand the severeness of the issue. It causes rise in the maximum temperatures, rising sea level, higher ocean temperatures, heavy rainfall and hail etc. and ultimately putting the entire living species at the risk of being endangered.

The higher ocean temperatures have put marine life at risk. Melting of glaciers which result in the rising of sea level has been threatening many islands of being inundated by the sea. Increased heat, drought, and insect outbreaks which are all linked to climate change have increased wildfires. Decrease in agricultural productivity, increase in natural disasters, and new diseases being discovered frequently are also some additional concerns relating to climate change.

As the effects of climate change worsens overtime, it is the children and young people who face the worst consequences. Rather than staying back and waiting for the authorities to take proper actions, many youths have been raising their voice for climate action. With a lot of youths campaigning to raise awareness against climate change, it has put pressure on the respective authorities.

With the power of social media and the passion to do something for the betterment of the planet, the youths have more power in their hands than the previous generation. Raising awareness to reduce waste, save electricity, use sustainable products, and recycle more often are some of the ways we can contribute to minimize the effects of climate change.

Understanding the value of Climate Activism

Climate activism happens when people all around the world come together to put pressure on national and business leaders to take action to safeguard a liveable future. Stepping back and waiting for others to take actions has proved to be fruitless. The world leaders have either not understood the effects of climate change or are simply choosing to ignore them as they won't have to face the consequences themselves.

It's high time that the citizens take matters into their own hands. Climate activism is more than just protesting with a pamphlet in our hands. It's about letting the concerned authorities know the aftermath of their lack of effort. How their carelessness can destroy the only living planet for the future generations. Climate activism is making sure that the proper actions are taken with appropriate measures.

We don't have to take vast actions in order to contribute to decreasing the effects of climate change. Even the smallest changes in our daily life can prove to make a huge difference in the long term. We can all try to reduce our own carbon footprint which means to reduce the overall emission of greenhouse gasses caused by our actions.

Some of the actions that can help to reduce our carbon footprint are: limit meat consumption, using reusable shopping bags, consume local or seasonal products only, buying only what you need and hence reducing waste, avoiding foods and items with excessive plastic packaging etc. These are some of the small initiatives we can take in initiating climate action.

Taking Your Initiative to Large Scale

Changes should always start from ourselves and the people around us but most of the time that is not enough. With the effects of climate change worsening rapidly, we can't rely only on your individual action. Greater initiatives by our national leaders must be taken and it must be done quickly.

What is a climate activist?

A climate activist is a person who actively campaigns for the issues of climate change to be recognized and addressed.

Who is the most famous climate activist?

Among many famous climate activists, Greda Thunberg rose to fame at the age of 15 after organizing a school climate strike under the name Fridays for Future.

Why should you be a climate activist?

If you are interested in restoring our planet, fight for the management of climate change and are ready to take any measures required then you should become a climate activist. 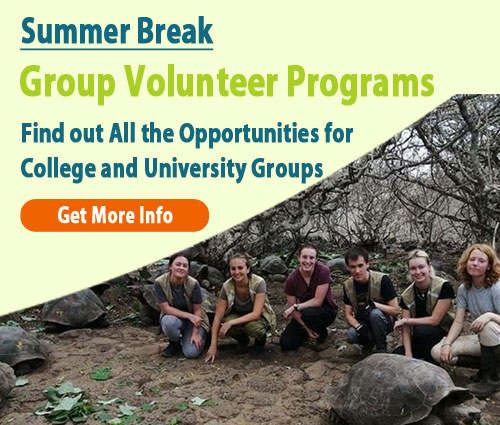